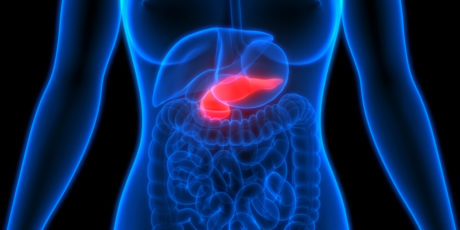 Pancreatic cancer is one of the most dangerous types of cancer, which is why even the smallest tumor size amenable to resection does not guarantee the patient’s recovery. Limited resection of the pancreas is considered one of the most complex major abdominal surgeries. It is performed under general anesthesia, usually lasts 5-6 hours, and is followed by several weeks of very slow recovery, including 1-2 weeks of hospitalization.

Surgery can be performed as a potentially curative measure if the cancer is contained within the pancreas and has not spread to blood vessels, lymph nodes or other organs.

Extensive research has shown that when such surgeries are routinely performed at major medical centers (such as Tel Aviv Sourasky Medical Center) by highly experienced medical professionals, the patient’s chances of survival triple.

Whipple Procedure and Other Pancreas Surgeries

Our surgeons at Surgical Oncology Unit are experts in both open and minimally invasive surgical approaches for pancreatic cancer, including complex open surgical procedures, laparoscopic surgery, and robot-assisted surgery.

There are two major resection techniques available, based on the location of the tumor:

If the tumor is located in the pancreas head (which occurs in 80% of the cases), the so-called “Whipple Surgery” is performed. Whipple surgeries consist of two stages. The first stage involves diagnostic laparoscopy to determine the condition of the pancreas and decide whether the condition is amenable to performing the planned resection. If the surgeon determines that the tumor is not resectable, the surgery is completed at this stage. If a decision is made in favor of continued surgery, the staff proceeds to the second stage.

If the tumor is located in the tale, the tale resection is performed (distal pancreatectomy) enabling the preservation of the pancreas head and most of its tissues (thus minimizing functional damage).

Resection of the head or tale of the pancreas is considered a rather risky surgical procedure. However, as the research findings suggest, performing such a procedure at a major medical center (such as Tel Aviv Sourasky Medical Center) by a qualified team of medical professionals reduces the risks by 66%.

In order to minimize the risks of complications, it is vitally important to provide the surgeons and the anesthetists with all the details from the medical history, in order to ensure that the optimal treatment option is selected for the patient’s condition.

Complications of pancreatic surgery may include bleeding, infection, nerve injury, and damage to abdominal organs.

Common major postoperative complications may include the risk of developing diabetes (requiring insulin injections) and pancreatic insufficiency, manifested by inability of the pancreas to produce the required digestive enzymes. These complications may occur several weeks or months after the surgery.

How to Prepare for the Surgery and Hospitalization

It is vital for the surgeons and anesthetists to possess the most comprehensive information about the patient, which is why the medical records detailing the diagnostic results and the currently administered treatments should be made available.

The blood tests required before the surgery include the blood count, chemistry tests, coagulation analysis, liver function test, and CA 19-9 marker test. The pancreas visualization procedure will have to be performed as well (e.g. ultrasound or CT). Some patients will undergo tests such as EUS, MRI, or ERCP (endoscopic retrograde cholangiopancreatography), MRCP (magnetic-resonance pancreatocholangiography, i.e. visualization of bile ducts using MRI). ECG may be required for patients over age 40. 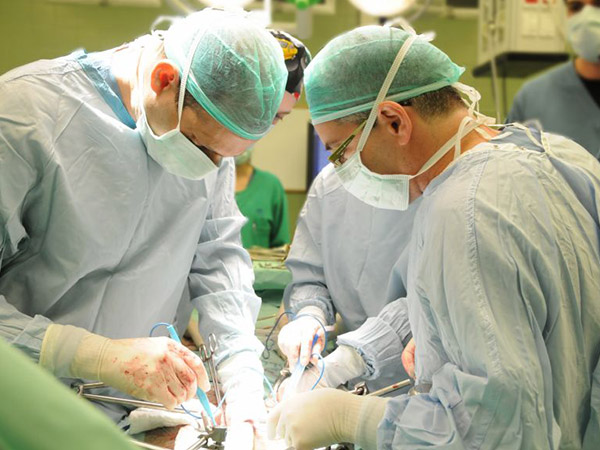 Following Whipple Surgery, the resulting changes in the digestive system may cause some patients to lose a significant amount of weight.  In most cases, the digestive system will be able to adapt to its new “structure” and resume its normal functioning within approximately 1.5 months. Consequently, during the postoperative period, patients are advised to eat smaller food portions, with some snacks in between meals. They may also be referred to a clinical nutritionist.

Additionally, after the pancreatic resection surgery (especially in cases involving spleen removal), patients will be vaccinated against infection. Some patients will also receive insulin and enzymes, to make up for their deficiency in the body.

I am not sure about receiving treatment in a foreign country. How can I find out more about it?
It is normal to feel unsure about going abroad to get medical treatment in a foreign country. Knowledge is the key for your peace of mind! Therefore we encourage you to research and get as much info as possible about the hospital, the staff and the treatment that is available. At Tel Aviv Sourasky Medical Center, we will be more than happy to answer all your questions and provide you with all the necessary info so you can make a sound decision. Our vast experience and track record of success is our way to make you feel comfortable. Please feel free to contact our Medical Tourism Center directly on +972-3-697-3426 to discuss your concerns and we will do our best to answer all your questions.
Why should I consider Sourasky Medical Center?
Israel is renowned for its quality of healthcare all over the world. The Sourasky Medical Center is at the forefront of medical care. We apply the latest and most sophisticated technologies for advanced therapeutic services and precise diagnostic testing. Our state-of-the-art facilities will ensure that you feel as comfortable as possible throughout your stay. Our English speaking exceptional doctors are esteemed internationally for their expertise and pioneering techniques, and about 90% of them have practiced or trained abroad, at leading healthcare facilities in North America or Europe. The Medical Center complies with international standards for medical procedures, diagnostic testing, and clinical research.
What is the Medical Tourism Department?
We are a department within the Medical Center. All the stuff and members are employees of the Medical Center. We are not an agent. When you deal with us, you deal directly with the Medical center. Therefore, there are no extra fees or commissions on top of the price of treatments.
Are there any costs advantages for getting the treatment in Israel?
Given the outstanding level of quality care, Tel Aviv Sourasky Medical Center’s fees are surprisingly reasonable. In most instances, treatment at the Medical Center, including medical fees and travel expenses, are considerably lower than comparable medical facilities in the US or Europe. The cost of treatment varies significantly, depending upon the type of treatment and its complexity. Please contact our Medical Tourism Center to provide the details of your required treatment and we will be happy to provide you a price quote 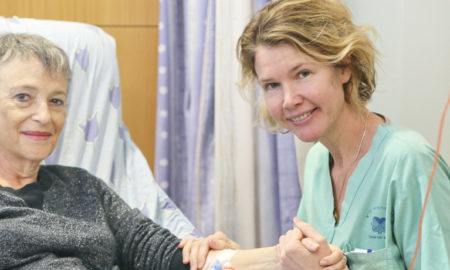 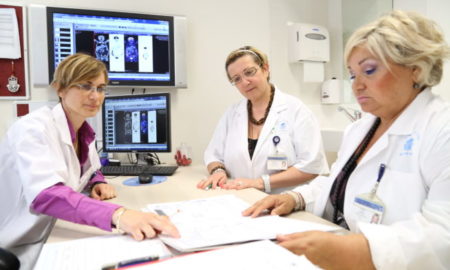 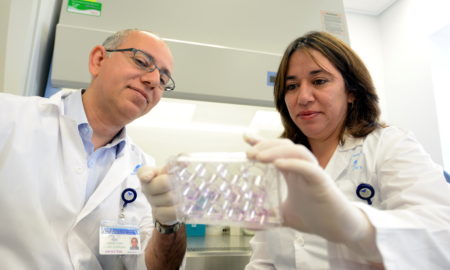 Bringing the Latest in Lab Technology to the Patient’s Bedside

Please fill in your details